Through Reiki, Insight Palmistry and Exodus I support people to gain a better understanding of themselves, so that in turn there can be an - ever - increasing trust and relaxation into Life’s unfolding.

Originally from the Netherlands, I immigrated to New Zealand in 1994.  After two years in Waimate I came to Christchurch, which has been my home ever since.

In my teens I became involved in yoga, meditation, health foods and natural healing, which led to working in a vegetarian restaurant and health food shop, and teaching yoga and meditation classes.

Whilst living in Amsterdam I also worked in an herbal/natural remedy shop. Customers often came with vague complaints and I wondered if there was a way to help identify what was happening for them.

After researching different options, I ended up in a palmistry course with Lydia Kimman, a greatly innovative palmist, iridologist and naturopath. I trained with her for four years. During this time, I saw that most people have seemingly conflicting qualities, and my strength lies in assisting people to understand these ‘opposing’ energies and how they actually hold their own innate harmony.

I have been giving readings, lectures and courses in what I call ‘Insight Palmistry’ since 1985 in the Netherlands, Australia and New Zealand.

In 1990-91 I lived in Australia, where Klaudia Hochhuth, a Reiki MasterTeacher who had been trained by Phyllis Lei Furumoto, the recognised Reiki lineage bearer, initiated and trained me in Reiki I and II.

Using Reiki on myself had a great impact. It started a new chapter in my spiritual journey that continues to this day, and is best described as a great letting go of concepts and beliefs.

In 1994 I met Kaya Weinman, who had a significant influence on my life in New Zealand. With her I trained in Sand Tray Play Therapy Levels 1 and 2, was initiated and trained in Reiki III, and completed the MasterTeacher training. Kaya also introduced me to The Exodus System. In 1995 I followed two Exodus trainings; one with Louis Carosio and one with Shelley Wolfe.

Completing the Certificate in Adult Teaching in 1997 at the Christchurch College of Education (now part of the University of Canterbury) opened new doors, and I have been teaching Reiki in Christchurch Women’s Prison, in the community, and for many (pre-quake) years as part of the Adult Community Education programme at Hornby High School.

Ten Reiki students have completed their MasterTeacher training with me. 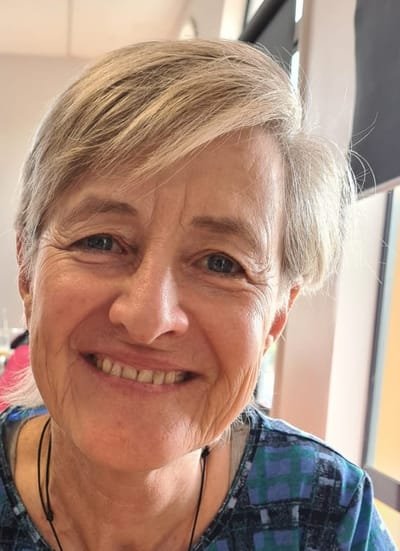